COREDO > News > DeFi: A threat or being threatened?

DeFi: A threat or being threatened?

Decentralized Finance, or DeFi, originated with the hopes of having a financial system that would allow its end users to trade currencies without the need to undergo any government control.

In 2009, bitcoin (BTC) was introduced as the first DeFi asset in the cryptocurrency industry. It was a big hit, especially for crypto geeks, and is now considered one of the major investments a coin holder can have. BTC paved the way for the development of DeFi, in general.

Six years into the technology, in 2015, another coin entered the market – Ethereum (ETH). It gave rise to the Initial Coin Offering (ICO) market which enabled the whole industry to be in the mainstream, being comparable to traditional financial services.

DeFi was further modernized in 2020 due to the pandemic. Since existing firms were pinned down by the lockdown, Decentralized Financial applications were developed to cater to those who cannot be entertained by the traditional firms. Such applications enabled DeFi individuals who lost their jobs to borrow, lend, and invest during the pandemic. 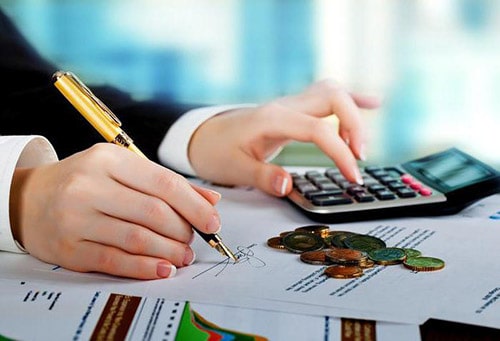 We can say that DeFi is like an oasis in the desert of financial instruments. It serves a variety of services which is currently the key to keeping it running.

Having a virtual peer-to-peer system, DeFi does not pose a barrier to any monetary transaction and is inclusive to all. Hence, they can operate like conventional brokers and banks, but in a digital way.

As such, it keeps on convincing individuals and institutions to invest in them and take DeFi products and services as another form of the trading process.

To back this claim up, three big institutions have invested in DeFi – State Street Corporation, Fidelity Investments Inc, and BNY Mellon.

Learn more: DeFi is taking over the institutional markets

While it is indeed true that DeFi is evolving quickly and on a positive trajectory, there are still issues that make this industry a cause for concern.

First is its weak foundation in the regulatory system. International Organization of Securities Commissions or IOSCO released a report stating that although DeFi is mirroring the regulations traditional markets have, it is still insufficient. Yes, it is acknowledged that it brings investors several benefits, however, it also possesses multiple risks.

IOSCO reported on the 24th of March that it developed a new team to develop policies to lessen the risks of the fast-pacing industry. The same firm announced that the team will be comprised of ninety-five percent of securities regulators globally. It is intending to have a standard regulation for DeFi.

Another worry is regarding conflict of interest. To provide some background information, the most familiar Decentralized Financial tokens are decentralized exchanges (DEX’s), exchanging crypto, loaning applications, and blockchain programs.

IOSCO’s study, suggests that though DeFi was designed to have a peer-to-peer ecosystem, virtual open markets still have centralized controls. Such markets are project developers, venture institutions, and several financial investors with exceptionally large control of the crypto administration coins which can vote on admin matters. Thus, the issue of conflict of interest arises.

Tokens in DeFi are being managed by a smart system called decentralized autonomous organizations or DAOs, either in its starting or advanced phase. Every arrangement is selected through a voting process via a one-to-one, token-vote methodology.

This is where we can see the gap in its administration since most decisions are made by voting, may it be for a minor or significant issue. It, therefore, results in having holders of huge coins even if they only have small votes.

Further, even though DeFi claims to be decentralized, changing information and votes makes it centralized in real life. The reason is that investors still communicate through platforms, for example, Discord, which allows them to discuss how the investment will go through, of course, for their advantage. And taking into account that the number of voters is not big, the possibility of conflict of interest emerges.

Aside from that, several individual investors maintain their coins in the care of major centralized trading platforms. This may bring forth an effect for their customers’ coins to be voted, however, in smaller chances.

One more concern is considered when blockchain authenticators reinforce bonds for better practices which permit them to conduct the latest business arrangements toward a blockchain in trade for brand new crypto coin premium. Symmetrical to BTC-based mining with no ecological issues, authenticators are chosen in a random pattern to create more tokens congruent to the amount of what they invested.

In conclusion, a large number of authenticators motivate coin owners to allocate – loans to them, specifically – their coins in a swap for a portion of the premium. This grants them voting powers for those coins.

More so, IOSCO emphasized that multiple large-scale centralized trades give users a clear path towards decentralized financial applications and self-executing agreements. It is also worth noting that others even provide customers with the capability to finance in loaning and investment programs digitally, undoubting the trade’s process.

However, as previously mentioned, there are still remarkable risks which include conflict of interest, unexpected currency fluctuations, potential loss of investment portfolio concerning cryptocurrency-asset management via ownership, and risk in exchange.

DeFi administration also has a minor influence on voters. That is through what they call the “Bribe Protocol” which means that one can pay the industry’s governing body to hold cryptocurrency coins and vote right.

As Decentralized Finance is now established, individuals and institutions are encouraged to enter the market. They are risking their savings and funds in hopes to leap into the emerging industry and loan their consolidated possessions to something that has become collected money that is liquid enough to serve both all and no one, simultaneously.

On the contrary, the technological advancement of this new payment system has the promise of a free and inclusive financial process. Yes, there are regulatory issues, and it is still a work in progress, but DeFi is unquestionably a significant competitor of the existing financial institutions the world currently has. Globally, it is also great support for the economic system and capital appreciation.

Thinking about the future, one cannot only think about the amount of money DeFi can provide to the economy. Instead, investors must also consider how this money should be allocated and managed. There is always a threat from central financial institutions, but DeFi is resisting this and is being a threat to them as well.

So, what do you think about this? If you need advice, connect with us at Coredo.