Rise of European CBDC: Its Centralized Solution and Privacy Concerns

Developers from the European Central Bank are set to take a centralized solution in building its digital euro, facing issues on privacy matters.

Multiple central banks around the globe have previously started their preparations to build CBDCs (Central Bank Digital Currency), also called digital money. In basic terms, these are digital versions of our regular cash or the so-called fiat currency.

Previously, the European Central Bank (ECB) announced that it would be starting its preparations for creating its digital euro. This decision has raised concerns and assumptions from the financial community. How would it work? What would be its purpose, and how would it impact the economy? How would it adhere to the fundamental values of the European Union (EU), such as privacy?

The European Union (EU) stated that developing its own digital currency is mainly to attain its strategic independence, which primarily pertains to economic sovereignty and political autonomy.

This initiative for a European CBDC was seen as a response by the ECB to a broader change brought by the virtual currencies and digitalization of money. With the fast-changing internet, virtual variants of money are emerging, primarily brought by digital currencies.

Privacy has always been on top of the list when talking about money in general, more so in digital money. Safeguards and preventive measures are what experts and the financial community mostly scrutinize regarding digital currencies.

Previously, the ECB has ensured the public that privacy will be on top of its priorities. However, in its most recent reports, it seems like this is not the case.

The ECB pointed out that aside from privacy, the public has other competing concerns which might be considered for trade-offs, such as global market acknowledgment and security.

In a recent report, the central bank detailed that they would have visibility to specific data and transactions but ensured that these would not be accessible to anyone. The ECB also clarified that the European government economic committee is not looking for a profit-making business by exploiting private data and guarantee that they will adhere to every existing privacy law.

However, the community has shown concerns about this planned design, with data being centrally handled by the central bank, pointing out that this makes privacy more impossible to achieve. Experts mentioned that the public has the right to ask questions and be bothered by a government having massive control over private information. They indicated that even though the government might have less motive to misuse data, that does not entail there is no danger at all. 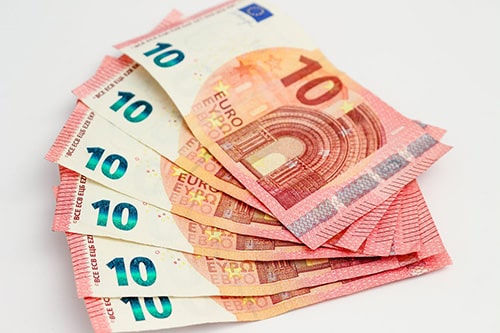 Aside from this, crypto developers indicated that privacy measures largely depend on the type of blockchain technology used. Experts suggested that embedding privacy into a digital euro might only be achieved through a distributed system. This way, the central bank would not be able to amass private data, and the risk of misusing this could be lessened.

Recent reports from the European Central bank (ECB) mainly lean toward a more centralized design rather than a distributed one. This probably means that the central bank would centrally handle data and assets instead of circulating them freely.

This has raised concerns, not just by experts but also from the public, that this apparent favor towards a centralized blockchain technology would raise various privacy issues. Crypto professionals warned that the banking industry and the current regulatory mechanisms might not be prepared for such. They pointed out that these possibilities would need grave and consequential redesigning of the overall blockchain ecosystem.

Some have expressed concerns that a digital euro might be more of a problem than an economic and business opportunity.

A study by the European Central bank (ECB) shows that many of the public believe that a European CBDC will damage the crypto market, even without a real understanding of what the digital euro entails. The ECB clarified that thorough studies and investigations are ongoing to ensure preparedness and proper safeguards.

Faustine Fleuret, the CEO of ADAN (a crypto company from France), mentioned that a European CBDC poses a considerable threat to innovation, as it might conclude as a replacement, rather than a supplement, to the currently existing European stablecoins, given the lack of flexible mechanisms a centralized has.