Payment (PI) and electronic money institution (EMI): here’s what you should know

Exposing the truth behind fast EMI or PI License Transaction

Typically, time constraints drive someone to purchase a micro-payment institution, an authorised financial institution, or an e-money institution. Generally, it is thought that purchasing an authorised institution enables activities to launch more quickly than requesting authorisation from scratch.

Potential purchasers frequently believe that buying an existing authorised EMI or PI will speed up the process of entering the market compared to applying for a fresh license. Such presumptions are demonstrably untrue, as any personally liable purchaser should first undertake thorough research on the acquisition target, gather all relevant paperwork, file a request to the regulatory agencies for the transition of ownership, and then interact and respond to any inquiries may arise regarding the buyer’s intended financial model.

Many experts stated that the transfer of ownership process, from undergoing proper research to the end of receiving approval, takes about the same amount of time same with applying for a new license, both usually taking around 6 to 8 months. In addition to this, one should consider how long it will take you to identify a business that can grant the kinds of licenses required.

One major factor in this is the existing legislation governing the country. For example, in the UK, A business with an EMI or PI license is required by the Electronic Money Regulations 2011 (EMRs 2011) and the Payment Services Regulations 2017 (PSRs) to notify the FCA of any shifts in circumstances. Additionally, we should remember that EMIs and PIs are now subject to PRIN as of 2019. The FCA must be properly informed of any significant issue related to an EMI or PI that the FCA would probably foresee or expect to be made aware of, according to Principle 11 “Relations with regulators,” which requires EMIs and PIs to report to the FCA. The SUP 15 form must typically be submitted to receive this kind of communication.

The regulatory compliance guidelines and practices of the acquisition target must be updated before the launch of any product or service to guarantee that they thoroughly address all the characteristics of the purchaser’s goods and services. In some instances, it would be difficult and most likely improbable since the EMI or PI architecture is insufficient for such items, or the customer contract has to be updated to reflect this.

But according to legislation, such a modification necessitates giving the customer 60 days’ notification. In other cases, the EMI or PI lacks the necessary permits, making launching such services impossible. For instance, the acquisition target cannot provide such a provision if it does not have authorisation for purchasing/issuing forms of payment.

This same concept also applies to the function and systems of the EMI or PI, which the authority officially approved. The purchaser who registered into the accord with the seller cannot force the seller to push out goods or services that were not included in the initial approval from the authority.

For instance, if the EMI initially received an authorisation on the premise that it will only offer digital financial services, it cannot introduce new payment cards, even if the license that was granted states that it can acquire or issue payment instruments. Before beginning card issuance operations, the firm would need to notify the authority of its plan to do so and get clearance to be entitled to this under the license terms.

What to consider before EMI/PI acquisition?

I. Regulations and Compliance Process

Prospective buyers seeking an EMI or PI license must recognise the importance of the below fundamental aspects of the authority’s strategy for the transition of ownership: 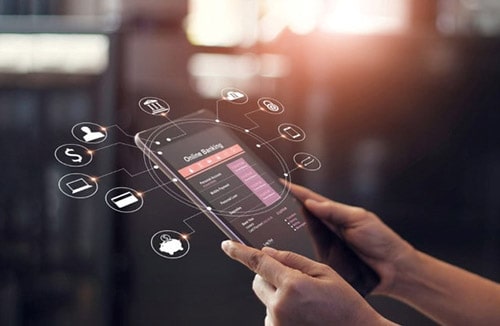 II. Proper Research and Due Diligence

In addition to the aforementioned items, a purchaser should keep in mind that establishing a sales contract and concluding it without conducting adequate due diligence could harm their brand and investments. Prospective purchasers should look into performing extensive due diligence on the acquisition target, paying close attention to the following points:

Many parties and stakeholders should be to be taken into consideration when the purchase is being planned. If this factor is not accounted for, the company’s operations may subsequently become immobilised. In this matter, the following are some factors that must be looked into:

Opinion: buy an EMI/PI license or a new one?

The time required to obtain a new license or a transition of ownership permission is not a factor when comparing an EMI or PI license for sale to an EMI or PI license that has already been issued because both are similar in that sense. In our viewpoint, it is not worthwhile to acquire an empty-shell EMI or PI license, or an EMI or PI that has not evolved much and lacks beneficial Intellectual Property in technology, goods or services, 3rd agreements, and client portfolios because the premiums demanded on the industry are frequently unjustified by any inherent assets aside from the license on its own.

A comparative assessment between a new EMI license and the available EMI license is provided below:

As shown in the tables above, the new EMI license option will take the same period as acquiring an existing one and can be up to 3.5 times less costly than buying an expensive EMI or PI license. Additionally, with the new authorisation, there is no need to be concerned about undisclosed duties, historical problems, accrued liabilities, customer complaints, or any other significant concerns that might prevent your setup from becoming a unicorn.

The acquisition option only stands to reason if you’re purchasing an already successful company, the acquisition target’s exclusive properties, and/or a client base to launch your own items. Therefore, before buying licenses, you should consider whether it is worthwhile. Finding an EMI license for sale may not be difficult, but the actual issue is making the deal succeed.

How can COREDO help you?

If you need professional advice as an existing EMI client or a new individual in the field, we have the appropriate consultants for you who can help. You may view the services that we can offer through this link: https://coredo.eu.