Czech National Bank is Taking Transparency to a New Level

The Czech National Bank has long been known for its devotion to transparency. Just recently, it won the prestigious Central Banking Transparency Award 2022 for its top tier initiatives in terms of programs and initiatives for disclosure. Just in 2021, the Czech National Bank has taken the bar to a new level, by introducing its new Monetary Policy Report, which replaced the old Inflation Report after 23 years.

The Monetary Policy Report is a quarterly publication that discloses issues, processes, and reasoning behind the central bank’s monetary strategies, plans, and programs by using non-technical words and terminologies that can be easily understood. Its launch has been acknowledged by the public as a great testament to CNB’s dedication to promoting transparent banking.

Followed by this new paper, the CNB also recently commenced the release of its attributed minutes, which mainly focuses on the independent dispositions of each board member, together with the bank’s economic forecasts.

This well-established adherence to transparency and proper communication by the CNB has been established through digital and traditional mechanisms, which undeniably aid in maintaining trust from the public and its stakeholders.

The Czech Monetary Department was the one who inaugurated the creation of CNB’s Monetary Policy Report, which was then highly assisted by the Board members of the bank. It aims to disclose comprehensive illustrations and presentations of monetary issues that were deemed essential by the national bank when they do analyze and make banking decisions. 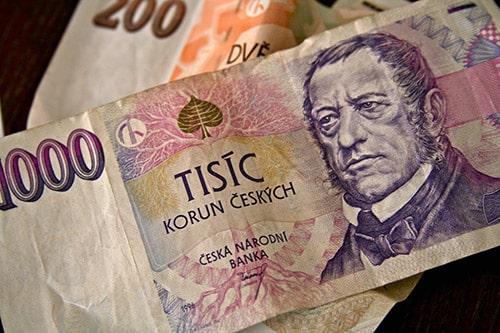 An integral part of the report was the inclusion of some components that were missing in the CNB’s earlier Inflation Report, such as economic policy cogitations and deliberations, which before were only published internally. This, together with its concise and straightforward language, make the new Monetary Policy Report way superior and much preferred by the stakeholders to the earlier Inflation report.

The focal point of the report is the discussion of monetary programs and policies taken by the national bank, together with pertinent information that impacted those decisions. It includes comprehensive and elaborative presentations of the overall deliberation that happened, and the factors involved in the process.

Adapted from the earlier Inflation report, these new publications also include timely predictions of future banking positions and provide emphasis on the impact of local and multinational economic issues and development in the bank’s decision making. This significantly helps in sustaining public trust by providing profound awareness regarding the CNB’s current market position, economic predictions, and policy-making mechanisms.

The CNB’s communication division has previously mentioned that with the Monetary Policy report, they purposely altered the level of details and overall construction of the report, with the aim of offering a deeper kind of transparency to the public. They stated that their current goal is to provide reasonings and rationales behind its monetary strategies, together with exhaustive presentations of the bank’s predictions. The choice to use straightforward language is to make the papers more accessible and easily understood by the general public.

Upon the establishment of the Monetary Policy Report, CNB also started its initiative to publish their so-called “attributed minutes”.

The goal of these minutes is to apprise the stakeholders about the arguments and thinking process of the board behind their votes in any particular decisions. These minutes are intricate reports of rationales behind the decisions made by each member of the bank’s board.

The CNB aims to improve the predictability of the independent policy dispositions of the board members, and the central bank altogether. Some experts have previously raised concerns about possible attempts of attracting favorable attention to make decisions outside the board. However, the CNB stated that no signs of such are seen thus far.

With these attributed minutes, the board members’ judgements and independent points of view are not only available during internal deliberations but are now officially presented to the public. This way, the CNB believes that financial experts are well knowledgeable, and have a better insight in terms of the bank’s policy-making systems.

Aside from the release of the quarterly Monetary Policy report and the attributed minutes, the CNB has truly raised the bar in terms of transparency, by disclosing a report with a thorough elucidation of its forecasting model, called G3+.

The experience of CNB from the past decades motivated the creation of G3+, with new structural features that allow the bank to attain better prediction accuracy by taking factors of macroeconomic changes, locally and globally.

The report was released back in early 2021 and presents the new stylish features of the G3+ economic model, along with the rationale behind its adaptation. It was published with the aim of maintaining a reliable decision-making process through a transparent and accurate economic forecast.

PUBLIC TRUST IS THE MAIN GOAL

The CNB has undeniably illustrated its great commitment with regards to transparency, and it can be said that the public trust the bank has attained is one of the fruits it is currently reaping. The growth of CNB’s social media accounts is a testament to this. 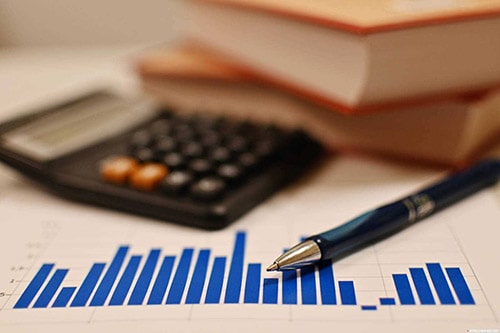 Recently, the CNB declared that their LinkedIn account has the most followers out of all Czech public organizations. Together with its Twitter and YouTube profiles, CNB has also set up an Instagram account and is also leveraging Facebook, in providing details behind its monetary initiatives. The CNB is now strengthening its digital customer connections through these platforms with various mechanisms to provide information.

The CNB believes that proper mechanisms for data disclosure are prerequisites to sustain public trust and are necessary to provide the bank’s perspective especially now, when the financial market is facing high inflation rates, impacted the pandemic constraints and supply chain issues.

Effective communication has proven to be necessary when the CNB encountered political pressure coming from the government last 2021 Czech elections.

The CNB was urged by the authorities to hold back any increase in rates, justifying that the then-inflation was stimulated by international countries. However, the CNB insisted on the rate increase, believing that the Czech’s economic position was different from other countries. This decision by the CNB was backed by the public’s support and was then proven right with the eventual price hike.

With that encounter, the CNB believes that the bank would serve its purpose by abiding by its mandate. This also convinced the CNB of how important independence and public trust in a national bank are.

Want to learn about fintech and banking? Connect with us using the link below!