Bitcoin as a traditional bank killer

Central banks have been the heart of financial systems since the very beginning. They use a variety of strategies to achieve their countries’ mandates, which we call monetary policies. These banks control the money supply and interest rates, and their actions greatly impact imports, exports, and local and foreign investments.

However, take note that central banks operate with intermediaries and physical offices which require additional fees for its users and salary expenses for the employers, respectively.

Now, cryptocurrency barged in and introduced itself as an alternative to central banks in terms of economic and technological functions. In the case of its top coin, bitcoin (BTC), it allows users to make payments without third-party involvement. 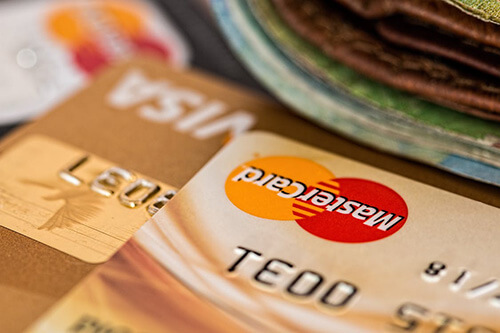 Instead, through “peer-to-peer” transactions, only. This concept gave an upper hand to bitcoin versus central banks as it solves three problems traditional banks are facing:

As BTC poses threat to the financial systems used for decades, several institutions and individuals tried to sabotage bitcoin by naming it a Ponzi scheme, fraud, or an accomplice of criminals and terrorists.

There are also criticisms raised for it being improperly regulated, illegitimate, and anonymous. Further, bitcoin’s standard legal status is still unidentified across the globe and only a few nations recognize bitcoin as a legal tender.

One of the examples was when the Chief Executive Officer of J.P. Morgan Chase, James Dimon, called bitcoin a “fraud” in September 2017. However, even with their efforts to destroy bitcoin, they had no choice but to go with the emerging industry.

As such, J.P. Morgan is now considered as the first bank to offer metaverse, presenting a virtual image of their CEO, Mr. Dimon, in their company’s lounge.

Other banking institutions are now also trying to catch up with the crypto industry and hoping to gain from it. Why? Simple – crypto is what customers want.

We are at a time when the financial system is longed to be defined. As mentioned earlier, central banks have been the heart of this system. With these banks, payments and the creation of credits have been easy, and without it, monetary transactions could be in chaos.

However, for the past ten years, one cannot deny the fact that even if these traditional institutions tried to block the emergence of technological improvements, the financial revolution still occurred. That is in the case of bitcoin and other virtual trading systems such as “peer-to-peer” lending, crowd-sourced investments, and other financial system innovations. 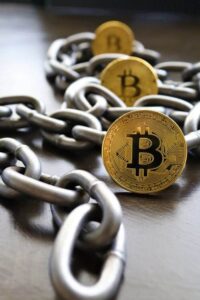 This brought about the struggle for the banks since they now have zero option but to go with the booming crypto industry and get out of their bubble.

The concept of banking is that money coming from the deposits of clients is then invested in a loaning program for other customers. They manage the cash flow by working with their countries’ governments. A classic example of intermediaries.

The good thing about bitcoin is that it does not operate with intermediaries. Cryptocurrencies such as BTC work by allowing an individual or a company to trade straightforwardly.

This left the banks currently with no choice but to sprint with the fast-pacing innovations and are even trying to convince regulators to decelerate the crypto industry to make way for laws that would be to their advantage.

Catching up with crypto

Going back to J.P. Morgan, they released a report that there are as many as three hundred banks that will enable clients to trade BTC through mobile applications starting quarters one and two of the current year.

In addition, a Manhattan-based newspaper company that focuses on financial services, American Banker, conducted a survey and showed that forty-four percent of traditional banks will be offering cryptocurrency services before 2023 starts.

Another multinational financial company, Visa, started to provide crypto consulting services in 2021. They also launched a series of apps that offers BTC support to banking institutions.

Mastercard, on the other hand, is now lending a hand to banks in terms of navigation of virtual currencies. This includes basic education for beginners, evaluation of potential risks, and cryptocurrency and non-fungible token strategies.

NYDG, a bitcoin company that is a subsidiary of USD 10B-worth NY-based fund manager, Stone Ridge, collaborated with a big financial tech company, FIS. Their goal is to allow banks in the United States to start offering BTC months from now. Right now, hundreds of banks already signed up for the program.

Simultaneously, more and more banks across the globe are investing in crypto and blockchain technology. To back this claim up, thirteen of the biggest banks in the world have investments amounting to about USD 3B in the said industry.

As per a study conducted by Blockdata, you may find through the below the top investors in crypto companies and their number of investments:

Another research from Cornerstone Advisors suggests that sixty percent of cryptocurrency holders prefer to utilize banks in investing in crypto. Some thirty-two percent said that they may do the same, and four percent claimed that they would not use banks in crypto investments.

If you are going to investigate the regulations side, there is good news as well. United States President Joe Biden signed an executive order to further examine the risks and advantages of cryptocurrencies. This made banks become more at ease with the said virtual financial platform.

Now, traditional banks indeed do not have a choice. Right now, all they have is the trust of customers. Technology is not on their side. They need to catch up with these technological innovations in the financial sector and be competitive. Otherwise, they will be swallowed by the waves of cryptocurrency.

Need more crypto advice? Connect with us at Coredo.

Back Forward
As a valued customer, we’d love to stay in touch with you with things like offers and ideas. Please be assured, we’ll always treat your information carefully as described in our Privacy Policy.
Cookies
We serve cookies. If you think that's ok, just click "Accept all". You can also choose what kind of cookies you want by clicking "Settings".
Settings Accept all
Cookies
Choose what kind of cookies to accept. Your choice will be saved for one year.
Save Accept all