The Growth of ‘Fintech Unicorns’ and What It Means for Banking

Fintech unicorn was once an unfamiliar term in the industry with rare sightings around the world. Ten years had passed, this once-atypical concept had developed immensely, becoming more common with almost 200 fintech unicorns across the globe. These new cohorts of unicorns are changing fintech as we know it, competing with traditional banks, equipped with modern and unconventional economic models.

WHAT ARE FINTECH UNICORNS?

The term “unicorn” per se is nothing but a magical creature, which even in myths and legends are rare to find. The word itself does not ring much of significance in the financial industry. Or so we thought.

In today’s modern financial market, a unicorn isn’t just some mythical creature that we hear from folklores. For investors and business owners, Fintech Unicorns specifically are defined as late-stage startup companies with valued funding of 1 billion USD.

The term Unicorn was first used in fintech in 2013 by Aileen Lee, a U.S. venture capital angel investor and co-founder of Cowboy Ventures, in a TechCrunch article she wrote, entitled “Welcome To The Unicorn Club: Learning from Billion-Dollar Startups.”

At the time the above mentioned article was published, unicorns are rare sightings with relatively small numbers across the globe. However, there were a number of companies who had developed as “super unicorns” as called by Lee, such as Amazon and Google.

Aileen Lee acknowledged in the same article the fact that the term ‘Unicorn’ is not the perfect word to call these companies given that these are actual companies, and unicorns obviously do not exist. “But we like the term because to us, it means something extremely rare, and magical,” Lee explained.

THE SECRET OF BECOMING A UNICORN

Unsurprisingly, Fintech Unicorns which had made the list from CB insights reaching the $1 billion-mark are mostly coming from 4 countries – the United States of America, Republic of China, United Kingdom, and India.

Even though the rest of the world has shown undeniable innovations in Fintech, many countries are still having a hard time catching up in developing proper strategies to build billion-dollar businesses.

According to Deloitte Touche Tohmatsu Limited, for a nation to successfully nurture businesses that will reached the level of Fintech Unicorns, there are usually four main factors that should be considered:

THE UNICORN CLUB ‘MEMBERSHIP’ AS A BADGE OF HONOR

Upon creating the term unicorn in her article, Aileen Lee also coined the Unicorn Club which refers to unicorns in general. At that time, the Fintech industry immediately took a grip of the concept. 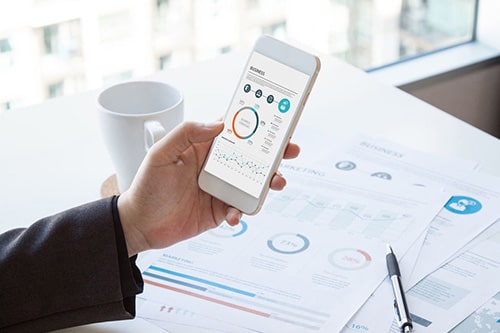 A number of companies have been called Fintech Unicorns, becoming “members” of the “club”. No need for membership cards or registrations but gives a badge of accomplishment and boost of confidence for businesses.

In today’s market, the population of companies who have reached the “Unicorn-level” in general and in Fintech specifically, have grown immensely, going beyond being called “rare”. As of writing, there are over 1,000 companies who have been listed as Unicorns by CB Insights, divided into different classifications.

In this recent unicorn listing released by CB Insights, Fintech Unicorns took on the spot with the most number of companies listed, with over two-hundred (200) firms included.

Most of the Fintech firms who had reached this milestone were known to have been large contributors when it comes to financial and e-commerce services such as:

– Acorns – a financial technology and financial services company based in the United States of America known for micro and robo-investments.

– Razorpay – a company that specializes in payments solution in India that allows businesses to accept, process and disburse payments with its product suite

– Better Holdco, Inc. – an American company that manages a digital platform for mortgage and related services

A few companies who have been playing in the fields of Fintech, Buy Now, Pay Later, and Cryptocurrency industries had also made the cut including:

– Blockchain.com – a cryptocurrency financial services company which began as the first Bitcoin blockchain explorer in 2011 and later created a cryptocurrency wallet that accounted for 28% of bitcoin transactions between 2012 and 2020

– Amount – a financial institution with a variety of products and services for digital and mobile customer experience.

– Kraken – cryptocurrency exchange and bank based in the United States of America, founded in 2011

There are also a number of names that might be new in our ears such as:

– M1 Finance – an American firm founded in 2015, that offers a robo-advisory investment platform with brokerage accounts, digital checking accounts, and lines of credit

WHERE TO EXPECT MORE UNICORNS

As many countries realize the significant factor the Fintech sector contributes in terms of economic advancement, we may see a future of the Fintech market with an intermixed leaderboard for the top list of Fintech Unicorns. This is also coming from the fact that many of these countries are starting to establish business and economic models that promote further technological advancement and innovations. 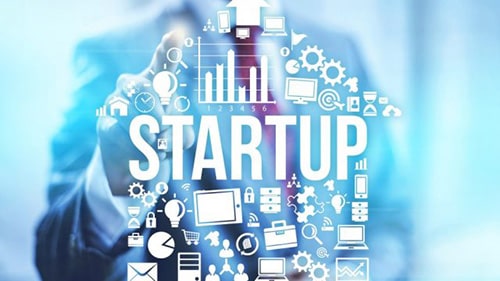 When talking about rising countries that may alter the course of Fintech leaderboards in the future, there are two nations that experts are looking into – Brazil and Malaysia.

Home to over three hundred (300) Financial technology companies and holding the title of being the second largest fintech hotspot in Latin America, Brazil could soon produce billion-dollar fintech unicorns. According to some analysts, the financial market of Brazil seems to be going into the right track of development.

Innovations could be expected as the Central Bank of Brazil takes proper actions supporting market competitiveness and promoting financial education. The Central Bank has also started the establishment of open banking early last 20, which was deemed as a favorable action for many fintech companies.

On the opposite side of the globe, many finance experts are looking forward to how Malaysia would rise into the future. Given the country’s huge portion with unbanked and underbanked areas, Malaysia is deemed as an opportunity-haven for fintech.

More so, one key factor in the country is its high rates in terms of internet penetration. With the recent data available, almost 50% of Malaysia’s financial sector are companies that specialize in online products and mobile services.

As these countries work on rectifying their economic strategies, it will be a scene worth-to-watch which nation will be the next home for fintech unicorns.

WILL THIS UNICORN BOOM LAST LONG?

The number of unicorns, in general, has been immensely growing since the term was used by Aileen Lee almost a decade ago. As of June 2022, there are over 1,100 unicorn companies under the list by CB Insights.

Based on the recent study made by Crunchbase early this year, the general demand for sound investments attracted businessowners to invest into start-up companies, helping them into becoming unicorns by reaching the 1billion-dollar mark.

This same study indicated that numbers of unicorns show fintech hubs and crypto companies usually rose in valuation during the initial phase of fundings. Based on Crunhbase’s own unicorn list, over twenty Fintech companies reached the $1 billion-mark last 2021 during the early phase, while sixteen crypto hubs did the same.

For now, how the number of unicorn club ‘members’ will change in the future is not certain. A number of studies suggested that the sudden upsurge of unicorns last year 2020 and 2021 was a surprising scene in Fintech, indicating that this might result in a more challenging fund accumulation.

There were also some indications that reaching the unicorn-level of funds may not be as huge as many see it to be. It has been suggested that the mere chance of earning this label might not be enough to draw investors without proper outputs from the companies.