Cryptocurrency has survived for the longest time without being controlled by the authorities, but now there are proposed laws and regulations about it. Hence, the meaning of this for the crypto industry is currently unclear.

Back when crypto was just starting, it was considered the “wild west” of the financial industry – some kind of lawless system inhabited by suspicious individuals where each person was forced to take care of himself or herself.

Changes can be seen from how it was ten years ago. With all the complex instances where both cryptocurrency and blockchain were dragged into, the promise that a significant regulatory plan for the industry now has a greater chance of possibility.

As authorities start to introduce new laws and regulations to crypto institutions, it is not surprising that people are thinking about how these would affect the crypto environment. Will there be stricter management that will positively make a change in the industry or will it be a strength to hinder the development of crypto’s infinite improvement?

James Burnie is a financial services regulation and Financial Technology Partner, advising financial institutions on Europe and the United Kingdom financial regulation at a law firm, gunnercooke. They stand for large-scale cryptocurrency and blockchain products and services that are believed to be affected by all laws and regulations that will be implemented in the industry.

However, James does not agree that newly introduced rulings will cause trouble. Instead, he said that a certain level of laws and regulations is necessary.In an interview, topics on the future of the cryptocurrency environment and the regulations that come with it were discussed.

All about Burnie – Background; and how he started in cryptocurrency

James remarked that he is attracted to breaking new ground since regulation is amusing, especially when one is viewing it as something where development may root from.

The start was when he worked on the very first and fruitful establishment of cryptocurrency assets (also known as the initial coin offering) from the United Kingdom. For the reason of its success and just several lawyers in the said country were into the industry as it started, his involvement expanded.

In the course of time, instead of treating cryptocurrency as just a hobby, it became his primary job.

Talking about Gunnercooke and its areas of practice

A company whose focus is on corporate and commercial disciplines, Gunnercooke has approximately five hundred employees around Europe and has an income of GBP 50 million.

They have the United Kingdom’s widest crypto and financial technology service having more than one hundred customers, and a large market in Germany directed by Wolfgang Richter.

Lately, they just launched a practice conducted by Kathryn Dodds which introduced blockchain and creative industries for music, media, and arts.

Current Laws and Regulations on Cryptocurrency and Blockchain Enterprise

Worldwide, the initial mark where regulations started was from these two primary regulatory regimes: 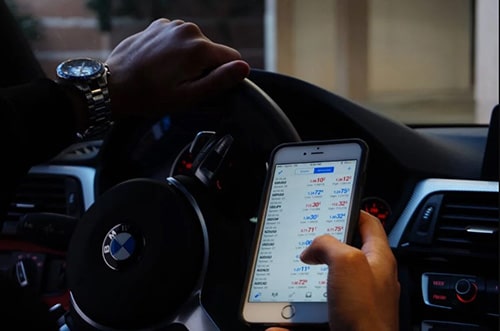 Nevertheless, this is eventually turning into a more complicated arrangement. Several examples can be seen below:

Hence, one can observe a fascinating exchange among regulators whose objectives are just a single thing, which is to make the right decision regarding cryptocurrency management, but in contrast, have different perspectives on what that implies in reality.

It is noteworthy that investing is only one of the usages of cryptocurrency assets. Several activities do not include this, and hence, it is not substantial for these activities that virtual assets used for investing are inconsistent.

However, when one looks at these assets like an investment, volatility may not be the issue and it will all depend on what one is obtaining. The principal issue would be the degree of risks and returns.

All of us know that low-risk assets are expected to have a lower return, and high-risk assets tend to give a higher return.

Taking this into consideration, cryptocurrency belongs to high-risk ones. If crypto enthusiasts know this wisdom, they would handle their assets responsibly and that there is no need to be anxious. For instance, it is significant to hold your assets just right, not overly exposed.

Therefore, it was suggested by the Financial Conduct Authority FCA that virtual asset traders should be limited by the law to not exceed ten percent of their overall asset value.

In contrast, one should be more careful of the low-return / high-risk investments because in these transactions investors mistakenly take them as lower risk than they already are.

Is it inevitable that more laws and regulations are being applied to the crypto industry?

As a definition, regulation means that there is a rule maintained by authorities for a certain project or activity. It just plainly suggests that these regulators want to do the “right thing”. 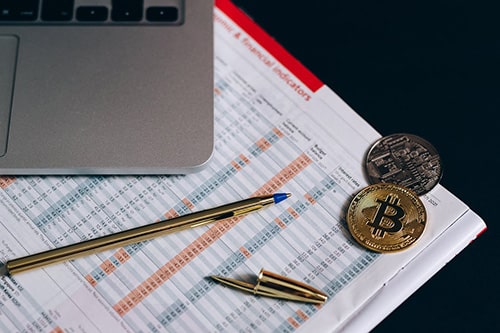 In particular, European authorities are prioritizing the rights of each person, as such, they focus on ways to protect their consumers and legislation like EU General Data Protection Regulation. Another is in the United States of America wherein they concentrate on corporation rights thinking that the corporate world is the foundation of their economic system. China, on the other hand, goes with their state, as they consider it as the one who can provide the best decisions for the people of their country.

Thinking about development, people should not think about the laws and regulations as blockers to the industry’s growth. Instead, the concern is how they could turn these regulations as just an objective to how they will be obtained, specifically, the “right thing”.

What’s more mind-boggling is the question of how these could be fulfilled given that there are numerous ways and methods by different parties involved.

At the present time, we can see various authorities discuss the backbreaking demand for crypto’s technological development, and are putting an attempt to balance risk and opportunities in an industry wherein progress is still ongoing.

In the United Kingdom, they have the FCA’s CryptoSprint as a welcoming provision. They just hosted their very first CryptoSprint events in May and June 2022. The objective of the events was to seek industry views on the current market and the design of an appropriate regulatory regime. This is showing that the country’s board of regulations is engaged with the developing pace of the cryptocurrency, especially when it comes to its laws.

The Need for Crypto Regulations

Is it needed? Yes, but to some degree. Why? Because regulations take off the nasty stuff in the industry. It just needs to be on the correct side and recognizes the broadness of the environment.

It can be illustrated by taking a game company as a case. In this illustration, the company rewards the winners of the game with some cryptocurrency tokens and these tokens unlock another level of the game, which in turn grants a different account that offers token-lending services seeking a profit for the investors. Looking into this, any law or regulation concerning virtual assets is required to have sensitivity in the market, should be adaptable, and be open to any change.

Most cryptocurrency enthusiasts yearn for a standard line of attack when it comes to laws and regulations wherein the main point is to have the sole correct answer to regulatory questions. This will make the legal cost of operation to be reduced, but it is more than just a dream than a reality.

As James commented, his expectation of the regulation runs by having various strategies, though it may seem complex, these variations may provide more positive impacts on the industry than just confusion.

Specifically, every unique enterprise paradigm is anticipated to be drawn to the regulatory regimes that are most suited for that specific business. However, this does not imply that they are competing to be seen as cheaper than other companies because an operation led by a good administration provides consolation to the consumers and co-contractors concerning the stability of the said companies. Hence, the strategy will come up as something to serve their clients a “premium”.

The Value of Cryptocurrency in the Real World

People are now torn between traditional financial methods and the virtual asset world. Just like how it was during the iPad versus computer period, most businesses that are using blockchain on their model, have several things in common with the conventional methods. This brings about the criticism on why someone would change a process that is currently working. However, “working” in this sense only denotes that users have been putting up with it since there is no available substitute, not that it is working well and efficiently.

Supporting this was Burnie’s client some years past. This person never confessed that he only utilized blockchain technology because of the fact that other people considered it unappealing. With this, he just charged one-tenth of the competitors’ rate, while making it more profitable through blockchain.

Another actual example of the advantages of blockchain is transaction reporting. This is by submitting data, which contains information relating to a transaction. These reports are used to detect and investigate suspected market abuse. With respect to the law, trading securities are required to have these kinds of reports.

Having crypto assets being utilized as securities, automation on reporting procedures can be done, cutting down the operational cost. For the upcoming half-decade, it is expected that blockchain technology will spread to all sectors of businesses, and people will not make it something to be anxious about, but instead, a noticeable tool.

Practice what you preach: The importance of accepting cryptocurrency as a payment method

Burnie agreed that it is kind of a “practice what you preach” case because it is hard to accept the concept of cryptocurrency if you do not fully take it into your system. Aside from this, it is also important to perceive where it will eventually head. 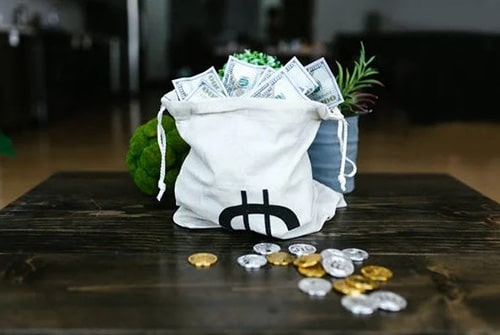 Fast-paced industries are going ahead with the developing cryptocurrency curve. This is because crypto is now accepted as payment in several businesses, and major organizations like Microsoft Corporation and financial technology corporation, PayPal. Specifically, they are ready to receive bitcoins (BTCs).

Numerous big economical systems are researching how they could integrate cryptocurrency as a payment method along with the conventional currency. While the inconsistency of the present market fascinates public attention, it is still heading into the mainstream and is highly probable that it will become more extensively accepted in the upcoming generation.

Generally, the concept is also more about following the pace of industrial innovations. However, this is contradictory to the traditional viewpoint that each and every lawyer is not into modernization, since gunnercooke has one of the popular cryptocurrency and financial technology services in the United Kingdom. With this, it is reasonable for the institution to accept crypto as payment.

An increase in the need for both customers and future investors in this industry to make payments via crypto is observed, therefore, it is essential from a customer and business view to have both the traditional currency and cryptocurrency as options.